Learn more
Size750mL Proof80 (40% ABV) *Please note that the ABV of this bottle may vary
After being matured in oak casks, this whisky is transferred into barrels that used to hold Caribbean rum. This imparts the liquid with lush tropical fruit notes, lending an exotic twist to the blended Scotch.
Notify me when this product is back in stock. 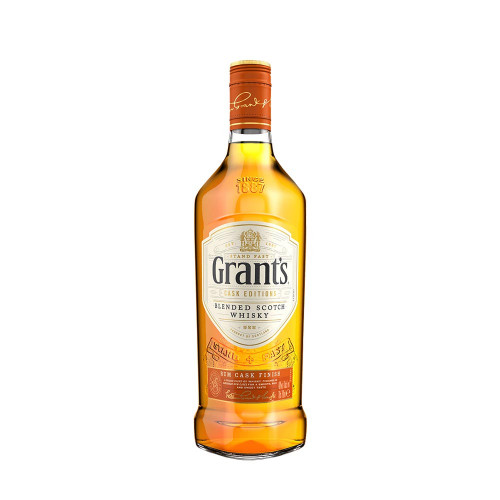 This expression had Grant's Master Blender Brian Kinsman experiment with finishing their signature blended Scotch in rum casks. After its initial maturation period in oak casks, the whisky is transferred into Caribbean rum casks, bringing an exotic twist to the spirit. Bottled at 80 proof, the resulting whisky is rich, sweet, vibrant, and smooth with tropical fruit notes.

Get your bottle of this whisky with an exotic twist today!

It's malty on the nose with lush tropical fruit aromas. The palate is vibrant with a tropical-fruit sweetness, a touch of banana, vanilla, and oak, as well as a touch of spice. The finish is sweet with lingering notes.