Size750mL Proof80 (40% ABV)
This blended whisky first spends 8 years in oak casks before being further matured in barrels that used to hold oloroso sherry. The latter were hand-selected in Spain by Grant's Master Blender.
Notify me when this product is back in stock. 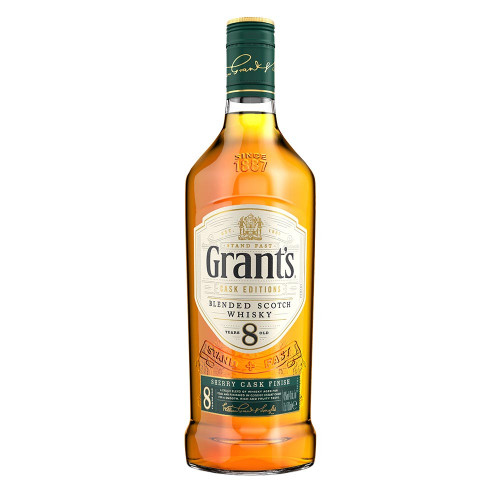 A part of Grant's Cask Editions, the 8 Year Old Sherry Cask Edition Whisky is a blended whisky that was first aged in oak barrels for 8 years before being transferred into oloroso sherry casks that were hand-selected in Spain by Grant's Master Blender. Rich, fruity, and smooth, the expression is bottled at 80 proof.

Get your bottle of this sherry-finished whisky today!

There are apple, floral, vanilla, and oak aromas on the nose along with sherry and spice notes. The palate is oaky with a pleasant sweetness, vanilla, malt, dried fruit, and spice. The finish is sweet with a touch of spice as well.