Learn more
Size750mL Proof86 (43% ABV) *Please note that the ABV of this bottle may vary
This blended Scotch is crafted with single malt and grain whiskies that have spent 18 years or more in oak casks before being finished in port barrels. This gives the 86-proof spirit a balanced profile with luscious fruity port notes.
Notify me when this product is back in stock. 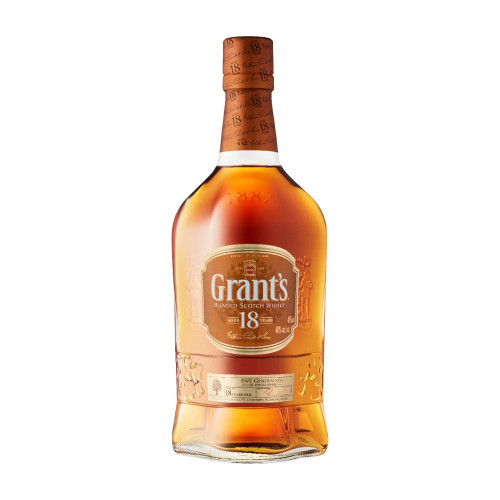 Grant's 18 Year Old is a blended Scotch whisky comprised of single malt and grain whiskies that have spent at least 18 years in oak casks before being finished in port casks. Balanced, deep, and sophisticated, this expression is perfect for celebrating special events. Bottled at 86 proof, it's a rich and complex whisky with lush port notes.

Get your bottle of this 18-year-old whisky today!

The nose opens with rich and complex aromas of honey and spices as well as a touch of nuttiness and fruity port notes. The palate has fruit cake, honey, and port notes, culminating in a smooth, long, and elegant finish with those port notes lingering.