Learn more
Size750mL Proof80 (40% ABV) *Please note that the ABV of this bottle may vary
The 12-year-old version of Grant's Triple Wood expression was added to their lineup in 2021. It has been matured in refill bourbon, American oak, and ex-sherry casks, resulting in a delicate balance of fruit, spice, vanilla, and sweetness.
Notify me when this product is back in stock. 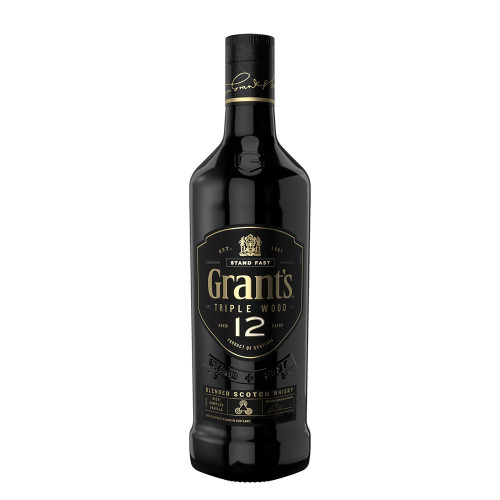 The Triple Wood 12 Year Old was added to their lineup in 2021. Like many other Grant's offerings, it has been matured in 3 different barrels: refill bourbon, American oak, and ex-sherry. "We’ve gone the extra mile with Grant’s Triple Wood 12, ageing it for a minimum of 12 years and using a sherry cask as the third barrel to add a sweet spice to balance the vanilla and sweetness," says Master Blender Brian Kinsman.

Grab your bottle of this balanced triple-wood whisky today!

Sweet sherried aromas of dried fruit lead the charge on the nose and are followed by gentle wood and malt notes. Vanilla, honey, and spice are on the sweet and rich palate with hints of smoke. The finish is satisfyingly long and warm.