Learn more
Size375mL Proof140 Proof (70% ABV) *Please note that the ABV of this bottle may vary
Crafted in the style of a 19th century recipe from Pontarlier, France, this absinthe is crafted with 100% New York farm ingredients.
Notify me when this product is back in stock. 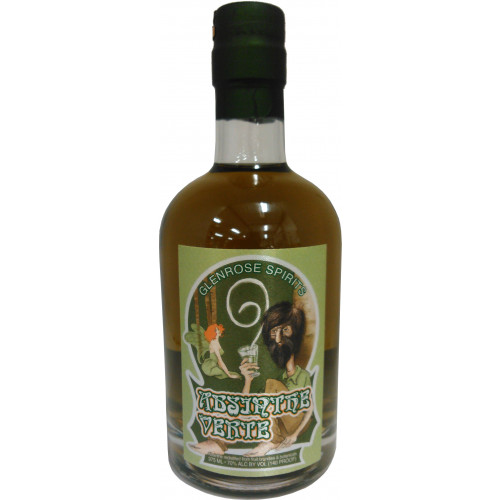 Spurred by the temperance movement and winemakers, absinthe became associated with hallucinogenic effects. One critic claimed that absinthe would "make you crazy and criminal,"and that it would "provoke epilepsy and tuberculosis." In 1905, Swiss farmer Jean Lanfray murdered his family after consuming considerable quantities of wine, brandy and two glasses of absinthe. While Lanfray had a history of alcoholism, teetotalers seized the moment and passed a referendum making absinthe illegal; it was not until 2007 that absinthe was allowed to be legally sold again.

Glenrose Spirits Absinthe Verte is made by Glenrose Spirits, a small distillery (even by craft standards) run by father-and-son team Jim and Matthew Sloboda. The distillery uses 100% New York farm ingredients in every spirit it produces, and its Absinthe Verte is no different. Crafted in the style of a 19th century recipe from Pontarlier, France, the six botanicals used are grand wormwood, anise seed, fennel seed, small wormwood, hyssop and lemon balm.

As a result, Glenrose Spirits Absinthe Verte has an earthy aroma of freshly-cut grass, lemon zest and fennel seed. The palate is a bit spicier, with plenty of licorice, black pepper and coffee notes, and leads to a subtle and refined finish.

Earthy aroma of freshly-cut grass, lemon zest and fennel seed. The palate is a bit spicier, with plenty of licorice, black pepper and coffee notes, and leads to a subtle and refined finish.