Learn more
Size750mL Proof90 (45% ABV) *Please note that the ABV of this bottle may vary
Matured in traditional oak and ex-manzanilla sherry casks, this whisky is the world’s first crowd-sourced whisky.
Notify me when this product is back in stock. 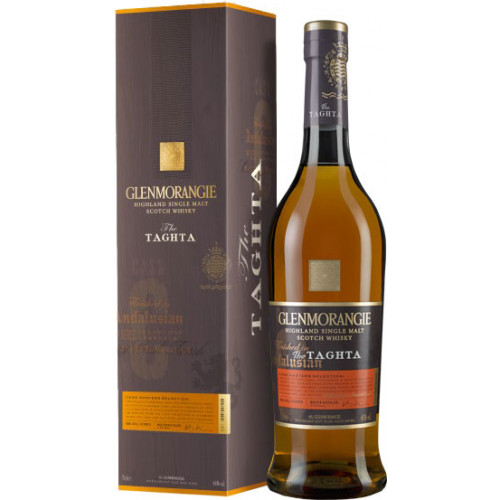 Glenmorangie Taghta Single Malt Whisky is the world’s first crowd-sourced whisky — the whisky was chosen for release by lucky whisky enthusiasts around the world, who were given the opportunity to sample numerous options. Taghta (gaelic for "chosen") was initially matured in traditional oak barrels before being finished for a number of years in casks that were previously used to mature manzanilla sherry.

We have only a handful of bottles. Pick one up today!

Aroma of toffee, butterscotch, cocoa and dried fruits. Notes of toasted oak, black pepper, chilis, olives and toffee on the palate. Finish is earthy, with a hint of salty tang and burnt wood.