Size750mL Proof102.4 (51.2% ABV)
Yeast’s impact on the character of whisky has long been overlooked, and this Private Edition No. 10 Glenmorangie Allta highlights its influence, created with the wild yeast that grows on Glenmorangie’s own barley fields.
Notify me when this product is back in stock. 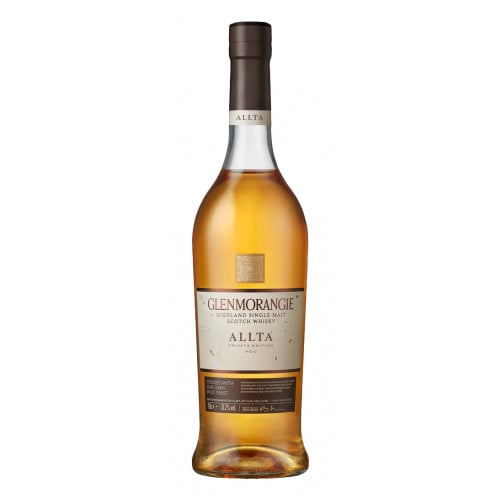 This Private Edition Glenmorangie release celebrates ten years of the Private Edition series. Glenmorangie Allta – Scots Gaelic for "wild" — is the tenth expression in the collection, and the very first whisky to be created from a bespoke strain of wild yeast growing on local barley.

Yeast’s influence on the character of whisky has long been overlooked. Acclaimed whisky writer Michael Jackson believed Glenmorangie possessed unique "house" yeast. Having discovered a strain of wild yeast that had never been identified before, Glenmorangie created this expression with local Cadboll barley. The result is an exceptional spirit, noted for its aromatic character, matured in ex-bourbon barrels to highlight its fruity character and lend a rich creaminess to the whisky.

Pick up your bottle today