Learn more
Size750mL Proof92 (46% ABV) *Please note that the ABV of this bottle may vary
The ninth annual release in Glenmorangie’s critically acclaimed Private Edition series, Glenmorangie Spìos is the first in the Glenmorangie range to ever to be fully matured in ex-American rye whiskey casks.
Notify me when this product is back in stock.

This product is available in: AZ, NY, RI, TN, TX Unfortunately, we can't ship to PO Boxes and APO addresses. 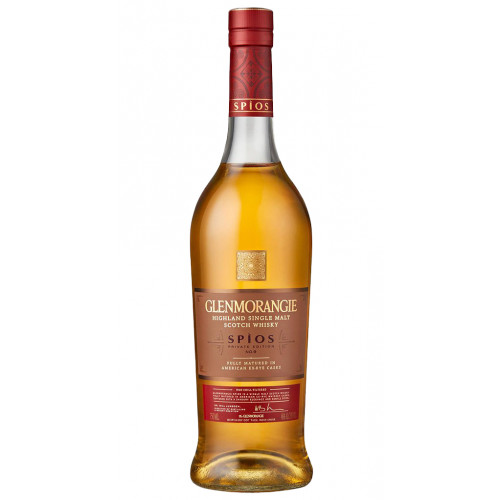 The ninth annual release in Glenmorangie’s critically acclaimed Private Edition series, Glenmorangie Spìos is the first in the Glenmorangie range ever to be fully matured in ex-American rye whiskey casks. This whisky’s full-bodied character is inspired by America’s golden era of whiskey, when rye dominated the country’s most prominent saloons. Glenmorangie Spìos (pronounced ‘spee-oss’) is Scots Gaelic for ‘spice.’ This whisky has and a compelling flavor profile with unique rye’s notes of cinnamon and clove A uniquely smooth Highland single malt whisky with sophistication and subtle spice.

Fresh herbal notes on the nose, with hints of cherry, grassy notes, baking spice and mint. On the palate are bold notes of rye spice, toffee, baking spice and vanilla. The finish is rich and complex with sweet and lingering nutty notes of toffee and citrus.