Size750mL Proof80 (40% ABV)
The Classic Single Malt is the perfect entry point into Glen Moray's range of light, fruity, and smooth Speyside Scotches. This gift box contains a full-sized bottle of the accessible whisky along with 2 tumbler glasses.
Notify me when this product is back in stock. 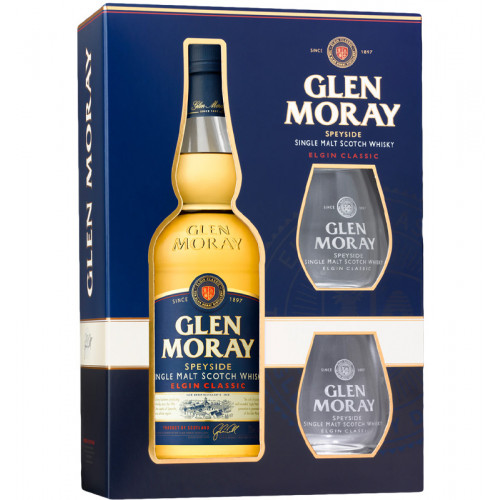 Glen Moray Classic Single Malt is the perfect entry point into the world of single malt Scotches. Showcasing the distillery's classic light, fruity, and smooth Speyside profile, the expression was aged in American oak casks before being bottled at 80 proof. This gift pack contains a full-sized bottle of this accessible whisky as well as 2 tumbler glasses.

It's a fruity, light, and smooth single malt with citrus, butterscotch, and shortbread on the nose. The palate is sweet with malty toffee, blackcurrant, and hints of lemongrass. The finish is warm with caramelized citrus fruit and subtle spice.