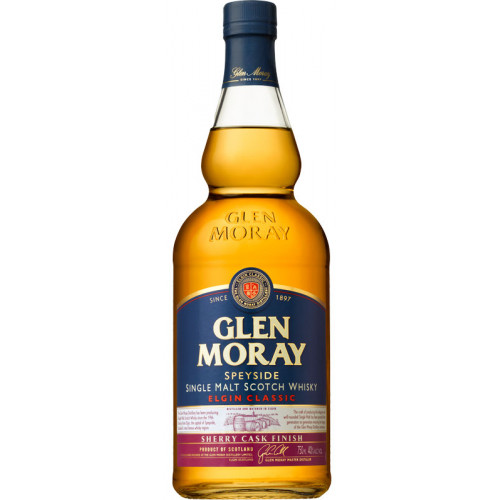 Glen Moray Sherry Cask Finish starts off with their signature Single Malt that’s first aged in ex-Bourbon casks before it’s moved to hand-selected Oloroso Sherry casks from Jerez, Spain. What does this bring to the table? Well, plenty of additional notes of dried fruits and a deeper nuttiness. That’s on top of the apple and lemon notes that come with the signature flavor profile. This is a dangerously drinkable offering that’s very easy to love.

Antique gold hue. The nose brings notes of sultanas and medjool dates over milk chocolate and butterscotch cream notes. The palate leads with warming cinnamon and allspice notes that are followed by caramel apples, butterscotch, and lemon zest. The finish is medium with lingering baking spice.