Learn more
Size750mL Proof103 (51.5% ABV)
This expression is part of George Dickel's single-barrel Hand Selected series and was aged for 9 years, then bottled at 103 proof. It's a big, rich, and exceptionally well-balanced whiskey.
Notify me when this product is back in stock.

This product is available in: CT, IL, NV, NY, WA Unfortunately, we can't ship to PO Boxes and APO addresses. 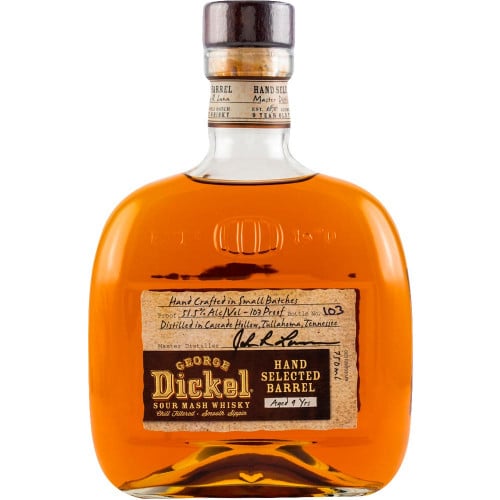 George Dickel Hand Selected is their private barrel program. The sour-mash whiskey employs the Lincoln County Process, which is a type of charcoal filtering that is typical of Tennessee whiskey. This expression was aged for 9 years, then bottled at 103 proof, making for an exceptionally well-balanced single-barrel whiskey.