Size750mL Proof101 (50.5% ABV)
The oldest Garrison Brothers expression to date is a straight bourbon that was matured in new American oak and French Limousin oak for a total of 8 years. Bottled at 101 proof, it's a unique and exciting bourbon that's produced in limited quantity. 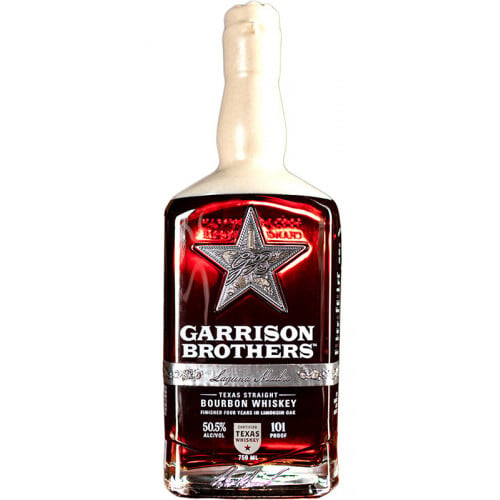 The Laguna Madre is a very special release for Garrison Brothers. Nearly a decade in the making, it's their oldest bourbon to date. After spending 4 years in new American oak casks, the whiskey was transferred into French Limousin oak barrels that are made from trees that are at least 120 years old. The 8-year-old limited-edition straight bourbon is bottled at 101 proof and features a truly unique, exciting, and complex taste profile.

The nose has oak, caramel ginger, hits of dark fruit, and hazelnut. The palate is oaky, creamy, and sweet with caramel, vanilla, dark chocolate, and almond notes. Finishes nutty with hints of spice.