Size750mL Proof107 (53.5% ABV)
Master Distiller Donnis Todd found the magic maturation combination for this 107-proof bourbon that is named after the river that flows through Texas. After 4 years in new American oak, the whiskey spent another 2 in carefully selected tawny port casks.
Notify me when this product is back in stock. 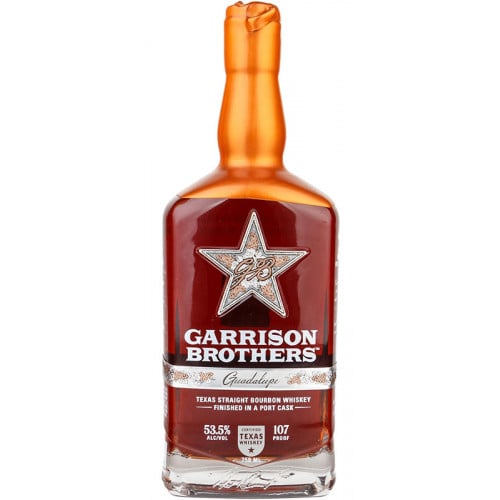 Named after the river that flows through Texas, the Guadalupe is a straight bourbon that was initially aged for 4 years in toasted and charred white American oak casks before being transferred into tawny port wine casks from Portugal. The whiskey spends an additional 2 years in these before being bottled at 107 proof, the process meticulously overseen by Master Distiller Donnis Todd.