Size750mL Proof133.9 (66.95% ABV)
The 2020 edition of the annual Cowboy bourbon from Garrison Brothers was drawn from 100 of the best barrels from their warehouse by Master Distiller Donnis Todd. Bottled at 133.9 proof, a total of 6,440 bottles were produced.
Notify me when this product is back in stock. 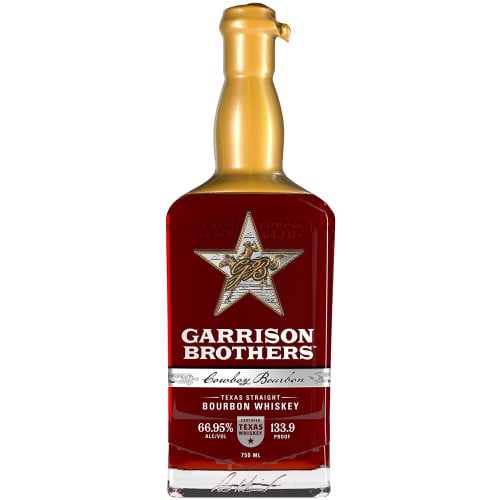 The 2020 release of their monstrous annual Cowboy bourbon is another high-proof expression that's bottled at 133.9 proof. Aged at least 5 years, this spirit is drawn from some of their very best barrels that were hand-picked for a longer aging period. Master Distiller Donnis Todd chose 100 barrels this year, which yielded a total of 6,440 bottles ― a relatively low number that boils down to the angel's share being high due to the Texas heat. Each bottle comes in a beautiful white-oak box with a satin pillow and a medallion with the year of release.

Grab one of these coveted super-limited-edition bottles today!