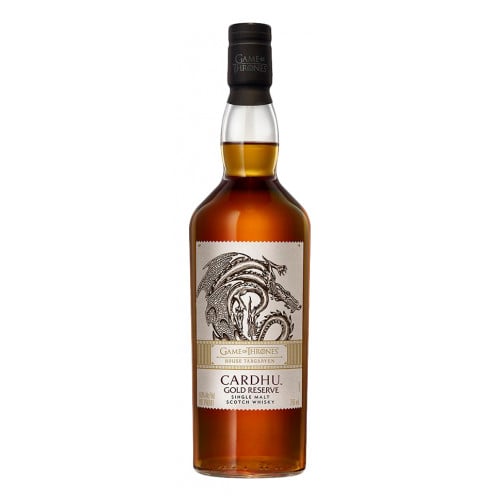 Cardhu was founded just one year after the passage of the Excise Act, in the Speyside region of Scotland. Helen would disguise the mashing and fermenting of grains at the distillery as bread-making, in an effort to avoid the taxes levied on distilled spirits.

While the tax collectors dispatched by the Crown enjoyed the tea and crumpets that she prepared dawning a red flag on the roof of her barn in order to warn her neighbors that Excise Officers had descended upon the region. By the turn of the century, Cardhu Distillery had earned a reputation as one of Scotland's finest producers of single malt Scotch whisky.

This incredible Speyside whisky possesses notes of baked apple and spice on the nose, transitioning into a rich caramel palate with hints of baking spice, and orchard fruits.

Notes of baked apple and spice on the nose, the palate has rich caramel notes with subtle apple, clove and a hint of nuttiness. The finish is dry and light with a sweet caramel finish.