$55.99
Caskers Rewards members earn up to 2 store points back when buying this bottle.

This product is available in: CT, NV Unfortunately, we can't ship to PO Boxes and APO addresses.

Size750mL
House Stark’s resiliency, strength and ability to thrive under the most intense situations are greatly shaped by Winterfell’s frigid temperatures.
Notify me when this product is back in stock.

This product is available in: CT, NV Unfortunately, we can't ship to PO Boxes and APO addresses. 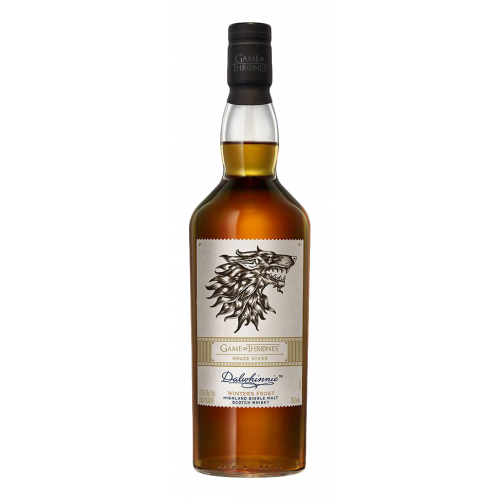 The smash-hit series Game of Thrones has teamed up with spirits giant Diageo, to create eight rare Scotches inspired by the royal Houses of Westeros. In honor of the eight and final season of the Emmy-winning show each bottle tells the tale of each of the Seven Kingdoms. These iconic whiskies serve as must-have collectibles for Game of Thrones and whisky adorers.

House Stark’s resiliency, strength and ability to thrive under the most intense situations are greatly shaped by Winterfell’s frigid temperatures. Dalwhinnie, known for being one of the highest distilleries in all of Scotland, is cold and remote much like The North where House Stark calls home, making the two an iconic pairing. Extreme conditions are responsible for shaping the signature Dalwhinnie Winter’s Frost honeyed sweetness and spicy warmth.