Size750mL Proof86 (43% ABV)
An export-only bourbon from Four Roses, sold primarily in Japan. Intensely floral and sweet, this is a complex and well-balanced bourbon, bottled at a pleasant 86 proof.
Notify me when this product is back in stock. 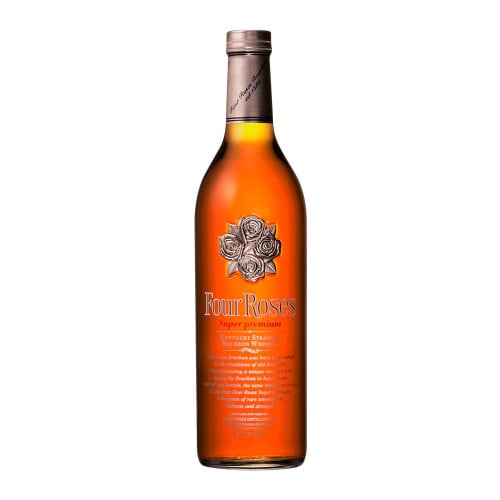 An export-only bottle, Four Roses Super Premium is sold only in Japan. Consequently, the percentages in the mash bill and the flavor profile are different from what is available on the U.S. market. A well-balanced bourbon, it's intensely floral and sweeter than most bourbons. Bottled at 86 proof, the exact age statement is unknown. The nose is light and floral while the palate is packed with sweet notes of vanilla and spicy oak. Despite its pleasantly lower proof, this is a bold and delicious bourbon with a pleasant finish.

Sweet aromas of caramel, vanilla and fruits on the nose. The palate is complex and well-balanced, sweet and fruity. Caramel, vanilla give way to lavender, apple and pear notes. The finish is medium long.