Learn more
Size750mL Proof121.2 (60.6% ABV) *Please note that the ABV of this bottle may vary
Four Gate Whiskey Company’s Release #9, Andalusia Key, is a Kentucky straight bourbon whiskey finished in Oloroso Sherry and in dark rum casks. A very limited series of 1,309 bottles was produced at cask strength of 121.2 proof.
Notify me when this product is back in stock. 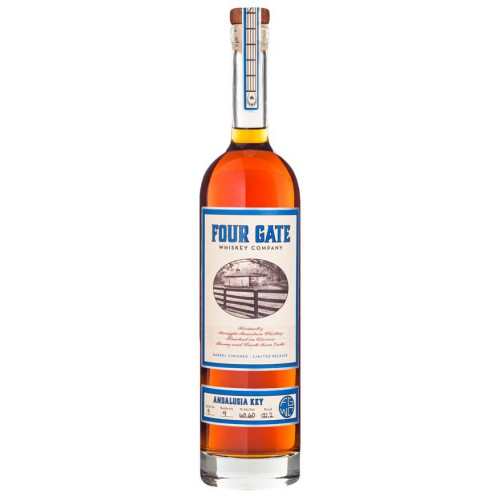 Sweet fruits, fortified wine, molasses, and vanilla on the nose introduce the underlying bourbon and rum finish on the palate, with traditional rye-bourbon spice and dark burnt brown sugars on the periphery. The finish is medium-short, dry and sherry-forward, with a pepper spice that lingers a bit on the rear palate.