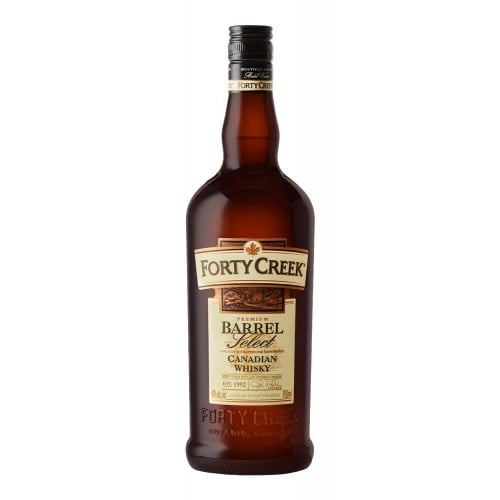 Prior to crafting the first batch of Forty Creek Whisky in 1992, John Hall had spent the previous two decades as a winemaker and industry expert. "They say if you find a job you love, you will never work a day in your life," he says. "Forty Creek Whisky is that job for me."

Forty Creek Double Barrel Reserve Whisky is crafted from rye, corn and barley grains. Once the grains arrive at the distillery, Hall distills each grain separately through traditional copper pot stills. Then, the whisky crafted from each of the three grains is matured individually in American oak barrels. This process brings out the fruitiness and spiciness of the rye, the nuttiness of the barley and the heartiness of the corn. After the three whiskies have matured, Hall marries them together in casks that were previously used to mature sherry. During this secondary maturation process, the ex-sherry barrels contribute notes of dark fruits, toffee and berries to the whisky.

As a result, Forty Creek Barrel Select has an aroma of stone fruits, vanilla, caramel and roasted walnuts. Notes of toffee, white pepper and malt spices dominate the palate, and lead to a balanced and smooth finish.