Be the first to review this product
Albedo, represents a clean slate, an absence of color, and is a purging of old ideals and the beginning of a further transformation.
Add to Wish List
Notify me when this product is back in stock.

Kimo Sabe was launched in 2014, by father-daughter team Jim and Ashley Walsh and quickly became an award-winning sensation. Kimo Sabe, which translates to “a trusted friend,” is a family-crafted artisan mezcal sourced from Oaxaca, Mexico. With years of agricultural experience under their belts, the father-daughter duo has cultivated a sparkling reputation for their new, quality-tasting eco-friendly mezcal.

The family got its start in the agri-business in Hawaii, where they cultivated the first-ever chocolate plantation in the US, which garnered much critical acclaim. Their passion for agave soon followed as both mezcal and cacao are held in high regard in Mexico. These mezcal alchemists are firm believers in the ecosystems involved in creating a quality mezcal.

Kimo Sabe is derived from a variety of agave species from farmers across 11 regions of Mexico. They aimed to create a more balanced mezcal with less smokey characteristics. After a meticulous research, they successfully handcrafted a proprietary blend of agave. Kimo Sabe Mezcal is also aged using sanitation, an ultrasonic vibration that creates a more refined, harmonized mezcal on the molecular level.

The agaves traditionally steam-cooked in ovens, before being milled and roasted in open pits and crushed with tahonas. The batches are fermented before being triple-distilled through a pot-still. Utilizing traditional and innovative technologies and having a genuine passion for agave and its sustainability, sets Kimo Sabe a head above the rest. Their quality has been met with much critical acclaim, winning triple-double Gold medals from the American Distilling Institute in 2016 and 2017.

Kimo Sabe Mezcal Joven Albedo is their award-winning unaged expression. “Albedo, represents a clean slate, an absence of color, and is a purging of old ideals and the beginning of a further transformation. This alchemical stage is most often associated with a washing away of impurities” (producer). This spirit has sweet and subtle smoky characteristics with hints of salted caramel and citrus. The palate has further zesty characteristics with traditional mezcal spice. The finish is smooth and sweet. 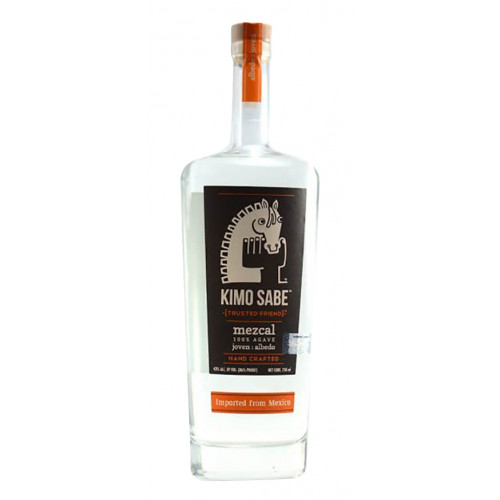