Size750mL Proof85 (42.5% ABV)
This new take on a London dry from Ireland’s first artisan distillery showcases botanicals foraged from the country’s west coast.
Notify me when this product is back in stock. 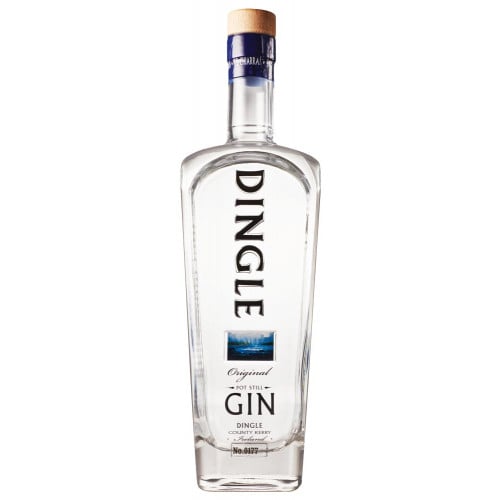 Two hundred years ago, there were over a hundred officially recognized distilleries in Ireland. Today there are less than ten. Founded as Ireland’s first artisan distillery, Dingle takes its name from the town in which it is located, where tourists flock to visit Europe’s westernmost human settlement. As of 2012, an old sawmill was converted into a distillery, where Dingle marries Ireland’s tradition of independent distilling with innovative processes only feasible for small batch producers.

Crafted in small batches of only 500 liters, the folks behind Dingle Gin have a unique take on the London dry category using locally harvested botanicals. Dingle’s unique formula — which includes rowan berry from mountain ash trees, fuchsia, bog myrtle, hawthorn, and heather among other botanicals — is calculated to evoke the earth and air of Ireland’s west coast. After macerating in spirit for 24 hours, the spirit is distilled using Dingle’s custom designed pot still, passing through a flavor basket in the neck of the still where a second batch of botanicals adds more flavor and nuance to the spirit before condensation. After distillation, the spirit is charcoal filtered and cut using water from a well 240 feet below the distillery before it is hand bottled.

As a result, Dingle Gin has a classic aroma of juniper and angelica, followed by a juniper-forward that blooms into notes of blackberry marmalade before lining the mouth with fresh eucalyptus and mint. The cool menthol finish is spiked with warm pepper notes, overall a contemporary take on the classic London dry.

Dingle Gin has a classic aroma of juniper and angelica, followed by a juniper-forward that blooms into notes of blackberry marmalade before lining the mouth with fresh eucalyptus and mint. The cool menthol finish is spiked with warm pepper notes, overall a contemporary take on the classic London dry.