Size750mL Proof84 (42% ABV)
ESP American Beauty Gin comes in a distinctive, matte black bottle that has been wax-sealed by hand.
Notify me when this product is back in stock. 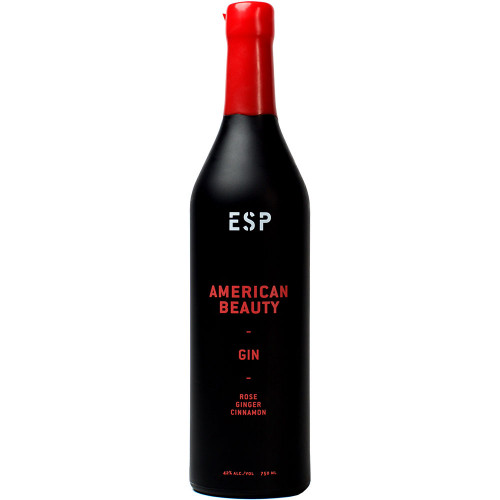 "We’re willing to bet that most people love gin; they just don’t know it yet," says Jake Sawabini, founder and master distiller of Empire Spirits Project. With more than a decade of experience in fine dining, including tenure at the iconic WD-50 on Clinton Street in New York City, Sawabini wanted to bring the experimental attitude he learned in the kitchen into the wine and spirits arena. "While I love the classic London Dry Gin, there are probably enough people making it already," says Sawabini. And so the idea for Empire Spirits Project was born.

Three years and hundreds of recipes later, Sawabini has finally perfected his own, unique breed of gin. Empire Spirits Project’s mission is to show that there can be more to gin than just juniper; Sawabini executes on this idea by pairing different botanicals to create novel flavor profiles in his ESP Gins.

ESP American Beauty Gin incorporates rose, cinnamon and ginger into its mix of botanicals, resulting in an outstandingly light and floral spirit. Traditional notes of juniper and coriander appear on the nose, which quickly transitions into striking notes of cinnamon sticks and ginger candy on the palate. The finish, with hints of rose petals and lemon, is delicate and long-lasting.

ESP American Beauty Gin comes in a distinctive, matte black bottle that has been wax-sealed by hand.

Pick up yours today!

Traditional notes of juniper and coriander appear on the nose, which quickly transitions into striking notes of cinnamon sticks and ginger candy on the palate. The finish, with hints of rose petals and lemon, is delicate and long-lasting.