Size750mL Proof80 (40% ABV)
The crown jewel of Crown Royal, this expression is a blend of 3 of their finest whiskies, handcrafted by the Master Blender. Patiently aged for 18 years, the intense spirit is bottled at 80 proof.
Notify me when this product is back in stock. 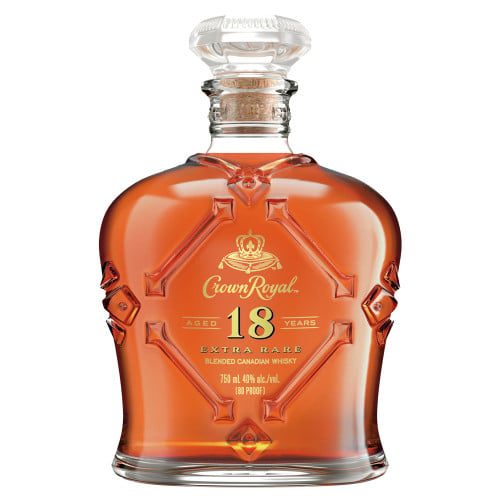 Crown Royal Aged 18 Years Extra Rare Blended Canadian Whisky is a blend of 3 of their most exceptional whiskies. Handcrafted by Crown Royal's Master Blender, it was patiently aged for 18 years, resulting in an intense drinking experience with vanilla, stone fruit, light oak, caramel, spice, and nougat. It is truly some of the finest spirit to come from Crown Royal.


Get your bottle of this rare Canadian whiskey today!

The nose opens with enticing vanilla and stone fruit aromas. The palate is velvety smooth with light oak and caramel spice notes, culminating in a full-bodied finish with a lingering nougat note.