Learn more
Size750mL Proof111.4 (55.7% ABV) *Please note that the ABV of this bottle may vary
This rare release from Cragganmore was matured in a combination of refill & rejuvenated American oak as well as European ex-sherry casks. It's limited to 4,932 bottles.
Notify me when this product is back in stock. 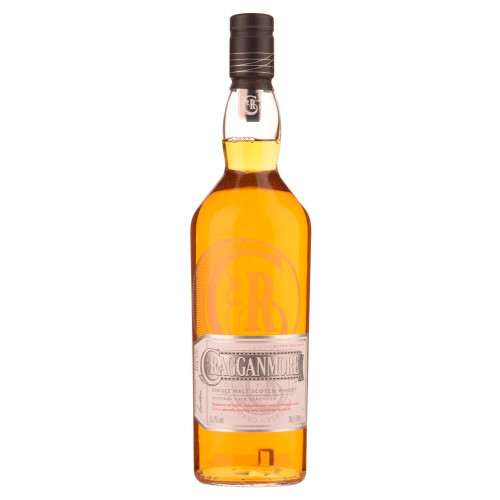 Cragganmore Natural Cask Strength was part of Diageo's 2016 Special Releases of rare whiskies. The 6th release in the series to come from Cragganmore, it was matured in a combination of refill and re-toasted American oak hogsheads and European oak casks that used to hold sherry. Bottled at 111.4 proof, this release was limited to 4,932 bottles.

The soft and sweet nose displays the typical characteristics of the Speyside distillery with fruit and vanilla notes. It's intense on the palate with a balance of oak and malt, as well as fruit, honey, and spice notes, culminating in a long and warming finish with lingering notes.