Learn more
Size750mL Proof80 (40% ABV) *Please note that the ABV of this bottle may vary
Initially matured in traditional oak casks, this single malt is double-barreled in casks that were previously used to mature port.
Notify me when this product is back in stock. 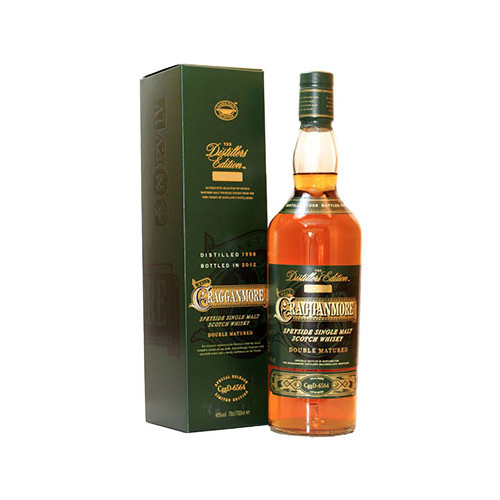 After the whisky has been distilled, Cragganmore Distiller's Edition 2021 Single Malt Scotch Whisky is matured in traditional oak casks before being double-barreled, or finished, in casks that were previously used to mature port. This double-barreling process contributes a deep and fruity flavor profile to the whisky, which is complemented by undertones of milk chocolate, wood spices and roasted nuts. In addition, the finishing process imparts notes of berries and red fruits on the dry, fruity finish.