Size750mL Proof92 (46% ABV)
Developed with the help of the late and great Dr. Jim Swan, this American single malt is crafted with US malted barley, then aged in ex-bourbon, sherry, and re-toasted Cuvée casks for at least 3 years.
Notify me when this product is back in stock. 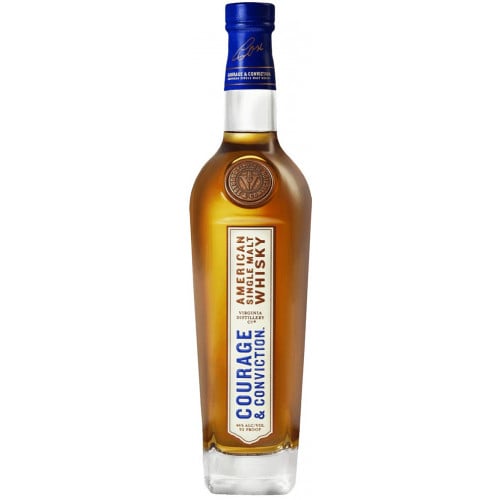 Virginia Distillery Company is currently producing an American Single Malt on-site using 100% malted barley from the US and water from Virginia’s Blue Ridge Mountains. This distillery flagship is being aged in ex-bourbon, sherry and re-toasted wine casks. Virginia’s hot summers and cool winters significantly influence the aging cycle, imparting a distinctive character onto the whisky and enabling it to mature faster than its Scottish counterparts.

The rich nose opens with aromas of caramel and butterscotch, as well as dried fruit. There's plenty of fruit on the palate with raspberry and bright red fruit notes, as well as cocoa, barrel spice, and vanilla. Finishes creamy and smooth.