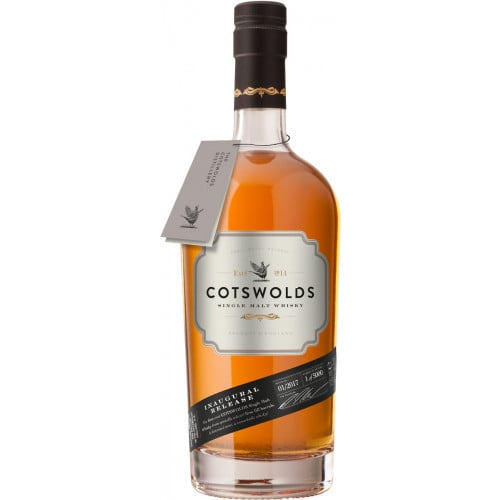 The Cotswolds Distillery is the brainchild of Dan Szor, a native New Yorker whose 30-year career in finance took him and his family to London, where they’d often escape the stress of city living by spending weekends in England’s Cotswolds. Classified as an Area of Outstanding Natural Beauty by the British government, the Cotswolds is a designated conservation area due to their significant landscape value, and it’s easy to see why Dan was so quickly enamored with the rolling hills and honey-colored cottages of the region.

While living in England, Dan’s deep-rooted passion for whisky led him on annual pilgrimages to Islay, where he fervently explored the various single malt Scotch distilleries. One day, back in the Cotswolds, Dan was staring out of a window at a neighboring barley field when he suddenly had an “aha” moment — barley was growing all over the Cotswolds, yet no one was distilling it. Dan decided to be the first, and within just a few years he had snapped up an old barn conversion, commissioned several custom stills and begun distilling the region’s very first artisanal spirits at the Cotswolds Distillery.

Cotswold distillery maintains itself as one of the only fully operational Gin/Whisky distilleries in the United Kingdom. They also produced the first whisky made entirely in the Cotswolds. They embrace the grain-to-glass philosophy at Cotswolds, hand-crafting their spirits in small batches using high-quality local barley.

Emphasizing quality over cost during every step of production, Cotswold uses their very own floor maltings and incorporates long fermentation and slow distillation methods, using traditional, Forsyth copper pot stills. The whisky is then is aged in a combination of first fill ex-bourbon casks and repurposed wine barrels, and is blended and bottled on-site. This breakout single malt is a highly acclaimed release, selling out quickly following its launch. The whisky was rated 94/100 in Jim Murray’s 2016 and 2017 Whisky Bibles.

The nose has honey and butterscotch aromas layered with light notes of fruits (peaches & apricots), a hint of marzipan. It follows up with a flavor of strong notes of tannin-rich malt, oils and dark sugar with lots of spice and caramelized Seville orange marmalade. The finish is long and resinous, with dark red fruits and a hint of molasses.