Size750mL Proof97.8 (48.9% ABV)
No Name No.3 is the third and final expression in the limited-edition series. It's a blend of malt whiskies from Laphroaig, Bowmore, and other distilleries. Combining the briny peat notes of the first with the fruity and smoky notes of the second, it's limited to 10,794 bottles. 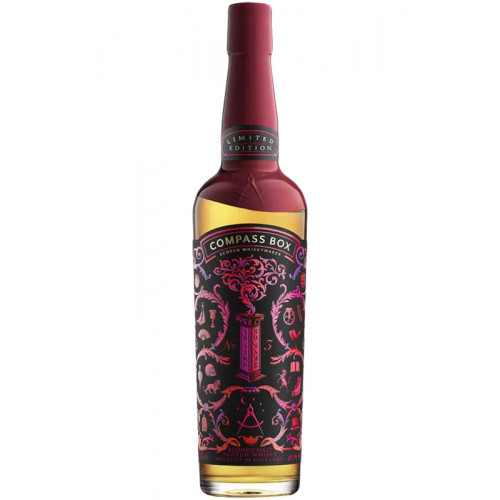 About Compass Box No Name No. 3 Blended Malt Scotch Whisky

Their Limited Editions range is based on rare whisky, the 3rd and final release in the series being a heavily-peated malt whisky. It's the smokiest and oldest of the 3 expressions, crafted with single malts from Laphroaig and Bowmore, combining the briny peat notes of the first with the fruity and smoky notes of the second. Complex and powerful, No Name No.3 is bottled without coloring or chill-filtration at 97.8 proof and limited to 10,794 bottles.

The fruity and smoky expression opens with medicinal peat, brine, heathery, and tropical aromas. On the palate, you'll find seaweed, barbecue, honey, vanilla, oak, and hints of pineapple, culminating in a long finish with lingering peat.