$263.99
Caskers Rewards members earn up to 13 store points back when buying this bottle.

This product is available in: DC, MI, WA Unfortunately, we can't ship to PO Boxes and APO addresses.

This product is available in: DC, MI, WA Unfortunately, we can't ship to PO Boxes and APO addresses.

Caskers Rewards Caskers Rewards members earn up to 13 store points back when buying this bottle. Learn more
Out of stock
Skip to the end of the images gallery 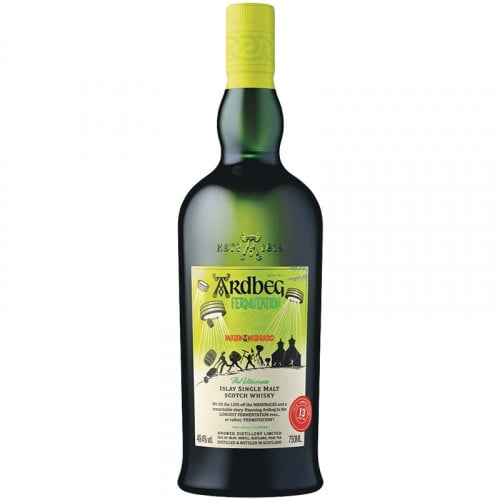 Produced in United Kingdom by Ardbeg and bottled at 98.8 (49.4% ABV) proof, this well-rounded Scotch is meant to be enjoyed by Spirits enthusiasts and novices alike.

Ardbeg Fermutation Committee Release Single Malt Scotch Whisky doesn't have any reviews yet. Let's change that. Head out to the Review tab to leave your feedback.

On the nose, Ardbeg Fermutation Committee Release Single Malt Scotch Whisky really impresses with notes of herbs, cedar wood, and citrus peels. The palate is inviting and offers flavors of menthol, peppermint, anise, and tobacco, culminating in a long-lasting finish with minty notes.