Learn more
Size750mL Proof92 (46% ABV)
A harmonious blend of the most beautiful of Scottish whiskies from various distilleries, created by one of the most innovative blenders in the game. Greater than the sum of its parts, it's bottled at 92 proof.
Notify me when this product is back in stock. 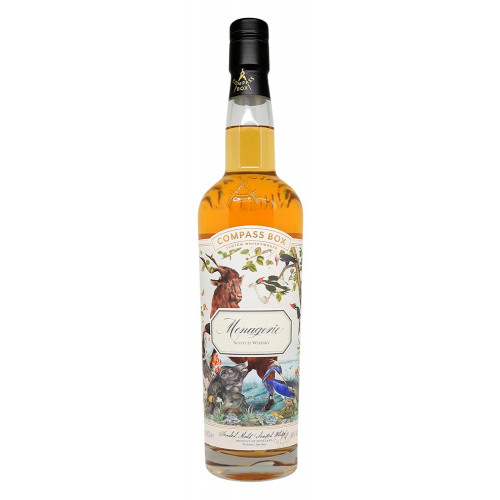 In 2000, John Glaser started the Compass Box Whisky Company in his kitchen. An American in the UK, he used to work as a marketing agent for a large distiller. Realizing everyone is making Scotch Whisky the same way, Glaser decided to bring back the old model of the Scotch Whisky blending house and began creating sums that were greater than their parts. Today, he is one of the most progressive and innovative whisky blenders of his generation. "Like a winemaker blending grape varieties, we can create layers of complexity by blending whisky," says Glaser, who was named "Innovator of the Year" four times by Whisky Magazine and "Pioneer of the Year" twice by Malt Advocate.

Following simple rules, Compass Box Whisky never compromises on quality. Sourcing only the best oak from the Vosges in France and the woods of Missouri, making your own custom casks and seeking only the best casks from the very best distilleries, Compass Box limits the number of components in their blends and never chill-filters or adds artificial color. Special attention is also paid to wood as this is where 70% of flavor comes from. Their last rule: drink good whisky in any way you like.

Their Menagerie Blended Malt Scotch Whisky brings together some the more strange, wild and beautiful Scottish creatures out there. A blend of whiskies from 4 different distilleries, there’s a chocolatey and meaty malt from the Mortlach Distillery, more citrusy and earthy Whiskies from the Deanston Distillery, Compass Box Highland Malt Blend and lastly, there’s malt whiskies from the Glen Elgin and Laphroaig distilleries that bring the musky, tropical fruit notes. Bottled at 92 proof, this is a creation born at the hands of their lead whisky maker James Saxon. Expect a gentle harmony of spiced honey, toffee and roasted peach.

The nose is complex with notes of baking spices, tar, leather and musky fruits. The palate is bursting with lush notes of fruit, spiced honey, toffee and roasted peach. The finish is oily, lingering and smoky.