Size750mL Proof130.3 (65.15% ABV) - May vary
Drawn from barrels aged in rickhouses constructed by E.H. Taylor over a century ago, the spirit is incredibly smooth. This outstanding bourbon won a Gold medal at the San Francisco World Spirits Competition.
Notify me when this product is back in stock. 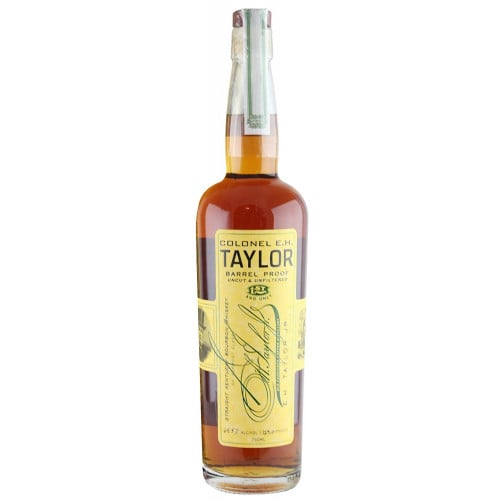 Crafted from hand-selected barrels, this bourbon is bottled uncut, straight from the barrel; unfiltered and unadulterated at over 125 proof. This technique is reminiscent of the way whiskey was produced in the days before Prohibition, when Edmund Haynes Taylor, Jr. was the owner of Buffalo Trace Distillery. Drawn from barrels aged in rickhouses constructed by Taylor over a century ago, the spirit is incredibly smooth. This outstanding bourbon won a Gold medal at the San Francisco World Spirits Competition.

The aroma of cooked berries meets the nose, followed by a rich caramel and slightly floral smell. The taste is bold and full of spice that fills the mouth with a distinct flavor of toasty vanilla, dried oak and pepper. The finish is long and satisfying with a powerful rye character and lingering hints of fruit.