Size750mL Proof92.6 (46.3% ABV)
A rye whiskey that is crafted with a 100% rye mash bill (10% of it being malted) is a rarity in the whiskey world. After being matured for 5 years, this expression is then skillfully finished for up to 9 months in Pauillac wine casks, making for a truly unique spirit.
Notify me when this product is back in stock. 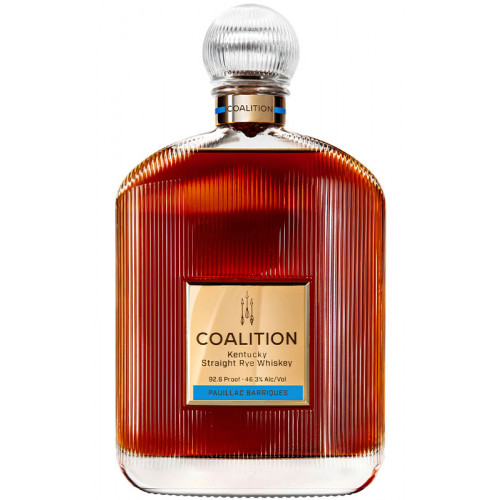 The whiskey itself is crafted with a rare mash bill of 90% rye and 10% malted rye with no automation involved and using a pre-Prohibition all-copper pot still. It's aged between 4 and 5 years. This expression is then finished in Pauillac wine barrels for up to 9 months, resulting in a rich and robust expression that is bottled at 92.6 proof. Look for notes of dark berries and dark fruit along with spice, smoked nuts, and wood.

The dark amber spirit opens with complex aromas of dark berries, cherry, plum, a touch of coffee, and black pepper. The palate is equally rich and complex with hints of smoked nuts. The finish is long and woody.