Rating:
82%
(7)
Crafted by the creator of Woodford Reserve Bourbon, this rye was named one of the Top 10 Whiskies in the Summer 2013 Issue of Whisky Advocate.
$96.99
Add to Wish List

After graduating college, Henderson joined Brown-Forman as a grain chemist and was eventually promoted to Master Distiller. During his 40-year tenure at Brown-Forman, Henderson honed his skills while developing new brands such as Woodford Reserve Bourbon, Jack Daniels' "Gentleman Jack" and Jack Daniel's Single Barrel Whiskey. In addition to being responsible for the development of new products, Henderson oversaw quality control, technical distillery supervision and sensory evaluation. "I never regretted a day when I had to go to work," says Henderson, who was awarded Malt Advocate's Lifetime Achievement Award and was an inaugural member of the Kentucky Bourbon Hall of Fame.

After retiring from Brown-Forman, Henderson decided to go rogue and launched Angel's Envy. "Angel's Envy is a lot of things," says Henderson, including the culmination of "my life's work." The name is derived from the term "angel's share" — the portion of whiskey that evaporates as it ages in wooden barrels. After tasting the whiskey, Henderson realized that the angel's might want a larger cut.

Angel’s Envy Rye Finished in Plantation XO Rum Casks is released just twice each year in the autumn and spring. The rum casks were previously used to age French cognac, which adds an additional layer of complexity on the palate. It’s a collision of bold flavors as the raw, spicy rye mingles with the mellow sweetness of the rum, culminating in a uniquely delicious spirit.


Pick up a bottle of rye today!

Copper-reddish hue. Aroma of citrus, caramel, maple and rock candy. Initial notes of sherry, soft oak and cane sugar are complemented by touches of spicy rye, brown sugar and cinnamon, and lead to a warming finish. 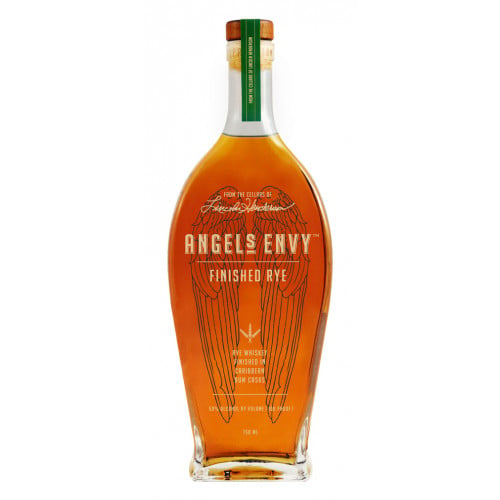