Size750mL Proof90.8 (45.4% ABV)
Crafted with a mash bill of 90% rye and 10% malted rye from the nearby Waldeck farm, this whiskey initially matures for 4 to 5 years in American white oak. Then, it is finished in Margaux wine casks. 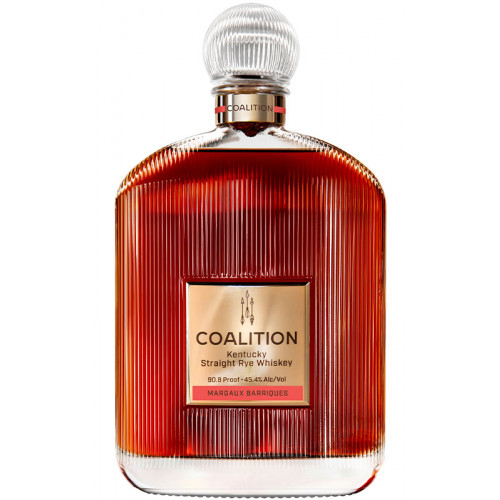 It all started with Thompson's hand-crafted rye whiskey that was made in 2015 at his Kentucky Artisan Distillery in Crestwood, KY. It was 100% rye whiskey that was crafted with Ryman grains that were grown right next to the distillery, at the historic Waldeck farm. The spicy spirit would serve as the basis for their expressions ― the next step had them turn to Bordeaux, France. They found them in Margaux, Pauillac, and Sauternes. This resulted in 3 beautiful rye whiskey expressions. The 4th is the original barrel-proof 100% rye whiskey.

The whiskey itself is crafted with a mash bill of 90% rye and 10% malted rye with no automation involved and using a pre-Prohibition all-copper pot still. It's aged between 4 and 5 years. The Margaux Barriques expression is then finished in Margaux barrels, as the name implies. This results in a complex spirit with notes of violets, red fruit, and hints of coffee. It's bottled at 90.8 proof.

The whiskey is an attractive deep garnet amber with floral notes of violet and lilac, as well as oak. The palate has rye spice, red fruit, and a hint of roasted coffee beans, culminating in a finish with a distinct cereal note.