Size750mL Proof88 (44% ABV)
This Canadian gin is distilled from 100% Quebec corn and infused with 33 different botanicals that include juniper, coriander, pine needle, elderflower, cardamom, chamomile, bergamot, lavender, and cranberry.
Notify me when this product is back in stock. 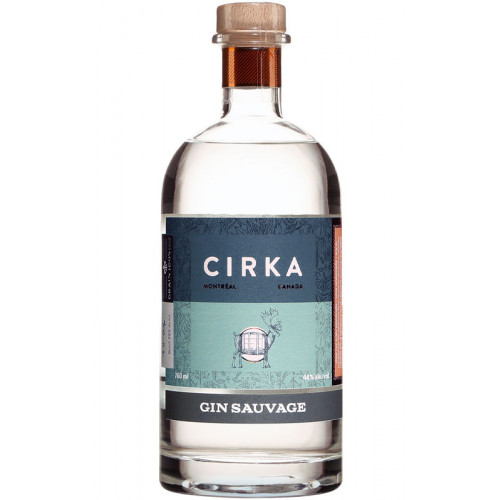 Co-founded in 2014 by Master Distiller Paul Cirka, Circa Distilleries' goal is to craft Canadian whisky. As is often the case with younger craft distilleries, Cirka has been making several clear spirits while waiting for the whisky to mature. The artisanal distillery is located in Montreal, where they employ sustainable practices, relying on local suppliers. This means that local grains, botanicals, and pure water are used in the production process.

Gin Sauvage is Cirka's take on a contemporary London dry gin style. The gin is distilled from 100% Quebec corn and infused with 33 different botanicals that include juniper, coriander, pine needle, elderflower, cardamom, chamomile, bergamot, lavender, and cranberry. Complex and aromatic, the 88-proof gin celebrates the aromatic treasures one can find in the forests of Quebec.

Grab your bottle of this Canadian gin today!

The gin opens with a complex bouquet of forest, floral, and fruit aromas of pine, elderflower, and elderberry. The palate is nuanced with juniper, bergamot, and lavender. The finish is velvety-smooth with lemongrass, cardamom, and fennel.