Size750mL Proof80 (40% ABV)
This craft gin is made with California juniper and Valencia orange peel. Bottled at 80 proof, it has a solid juniper body, subtle citrus aroma, and a zesty finish.
Notify me when this product is back in stock. 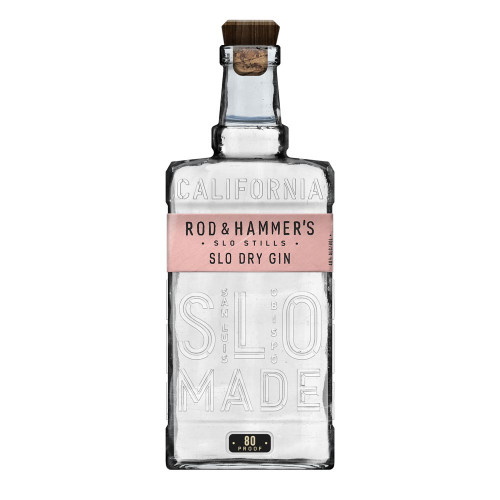 Beside the whiskey, Rod & Hammer's Slo Stills also produces the Slo Dry Gin. Among its botanicals, you'll find California juniper and Valencia orange peel, contributing a solid juniper body, subtle citrus aroma, and a zesty finish to the profile. Bottled at 80 proof, the gin is great for sipping but pairs just as nicely with tonic as well.

Grab a bottle of this delicious American gin today!

The crisp and refreshing body of this gin can be attributed to the California juniper. Aromas of orange zest and citrus abound, while the finish is zesty and refreshing.