Size750mL Proof98.6 (49.3% ABV)
Note: Packaging may vary.
Made using more than a dozen botanicals, this gin is made in classic dry gin tradition. 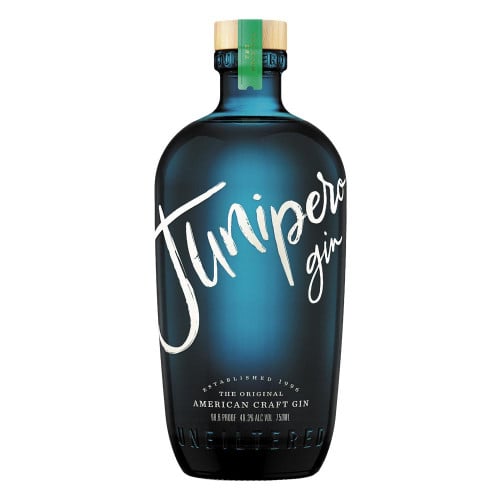 Tucked away in a warehouse near Potrero Hill in San Francisco, Anchor Brewing and Distilling Co. has been distilling alcohol by hand for 140 years. Its history can be traced back to 1849, when German brewer Gottlieb Brekle moved to San Francisco during the Gold Rush. Twenty years later, he bought a beer-and-billiards saloon and transformed it into Anchor Brewery.

Made by hand in classic dry gin tradition, Junipero is distilled in a copper pot still and made using more than a dozen botanical ingredients, most of which are still a well-kept secret. With a subtle nose, the gin has notes of juniper and citrus that earned it a Double Gold Medal at the 2012 New York World Wine & Spirits Competition and the title "Best Gin in Show."

Junipero Gin is the ultimate craft spirit, illuminating the cocktail scene with a brilliant touchstone that all modern gins must be measured against. Drink it to know what gin is!

A smooth gin with notes of coriander, juniper and almonds with a citrusy finish.