Size750mL Proof90 (45% ABV)
This incredible bourbon won Double Gold at the 2017 San Francisco World Spirits Competition.
Notify me when this product is back in stock. 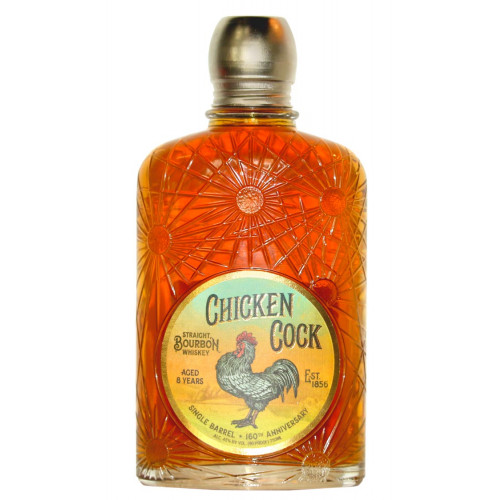 Grain & Barrel Spirits is the passion project of Matti Anttila a former J.P. Morgan investment banker turned spirits entrepreneur. During a business trip to Brazil, he sampled the local Brazilian Cachaça. He enjoyed it so much so that he decided to launch Cabana Cachaça quickly building it into a successful brand. After another spirits investment, he founded Grain & Barrel Spirits in 2013.

The Chicken Cock label dates all the way back to 1856, and is one of the oldest bourbon brands in history. The brand was successful in Paris, Kentucky, its popularity peaking during Prohibition when production was moved to Canada. In the 1950’s the Chicken Cock Distillery was destroyed by a fire, and in 2016 Grain & Spirits bought the brand and released their line of Whiskey.

Dried fruit, mint, ripe fruits on the nose. The palate has notes of sandalwood, baking spice, subtle butterscotch and pepper spice. The finish is sharp and crisp.