This product is available in: NH, NJ, NY, WA Unfortunately, we can't ship to PO Boxes and APO addresses.

Size750mL Proof82.5 (41.25% ABV)
Casa Magdalena is a collaborative effort between House Spirits Distillery and Ingenio Magdalena, the largest producer of sugar in Central America.
Notify me when this product is back in stock.

This product is available in: NH, NJ, NY, WA Unfortunately, we can't ship to PO Boxes and APO addresses. 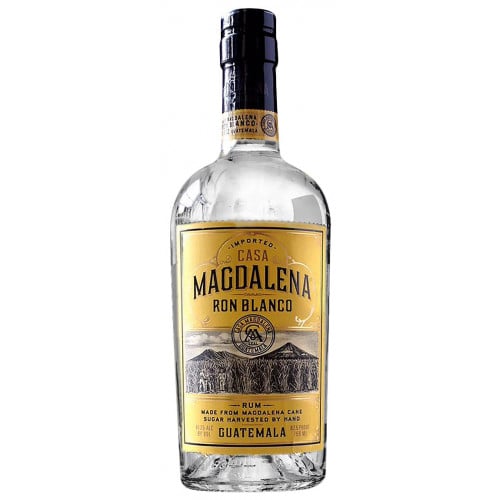 House Spirits Distillery was founded in 2004, based in Portland, Oregon, they are well known for their Aviation American Gin, as well as their solid line up of Liqueurs, Whiskeys, Vodkas, Rums and Aquavits. House Spirits advocates ethically sourced ingredients, sourcing only the finest ingredients for their spirits.

Specializing in Handcrafted, small-batch spirits, and using only the best ingredients, House Spirits distills their spirits, in the heart of Portland, Oregon, for the world to see. They provide tours where people can observe the spirits being crafted before their very eyes. “an invitation to explore the tradition and the future of American craft distilling… A leader of Portland’s world-renowned maker community, we are a real distillery, where real people put their heart, soul, and artistry into crafting products that delight and inspire” (House Spirits).

Casa Magdalena is a collaborative effort between House Spirits Distillery and Ingenio Magdalena, the largest producer of sugar in Central America. This Rum is home grown, and that character is reflected in every sip of Casa Magdalena. Crafted from sugar cane that is seeded, planted, harvested, and distilled by the Leal family in Guatemala. Casa Magdalena harbors subtle earthy and light grassy aromas on the nose, which are derived from the rich ashes of Agua, Fuego, and Acatenango, two breathtaking active volcanos that overlook the sprawling cane fields.

Notes of fresh grass and Turbinado sugar on the nose. The palate is clean, with a hint of caramel, and bold white pepper. The finish is dry, with a light spice.