Size750mL Proof80 (40% ABV)
The flagship rum from Goslings is a combination of triple-distilled pot-still and continuous-still rums that were aged in ex-bourbon casks. Rich and complex, it's a classic that has garnered several awards of the highest order.
Notify me when this product is back in stock. 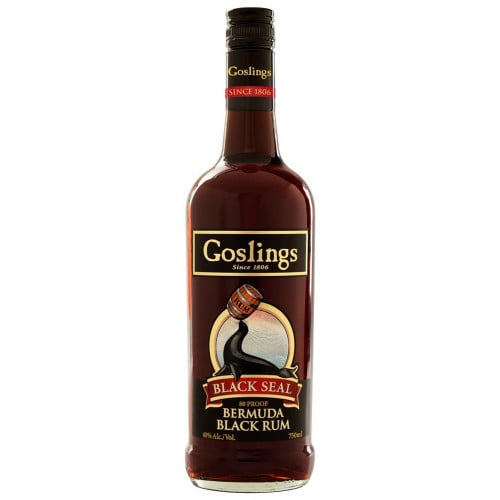 Goslings flagship Black Seal Rum is a combination of triple-distilled pot-still and continuous-still rums that were aged independently in ex-bourbon casks, then blended together according to the secret family recipe from the 1850s. Its name comes from the champagne bottles that Goslings used for their Old Rum which were sealed with black wax. The rich and complex rum has received numerous awards, including a Gold Medal at the San Francisco World Spirits Competition among several other gold and platinum medal wins.

The nose of this deep and dark rum opens with fruitcake, herbal, and spicy aromas, as well as banana and vanilla notes. The palate is rich and expertly-balanced with a pleasant sweetness, spice, fruit, and vanilla. Finishes crisp and spicy.