Learn more
Size750mL Proof94 (47% ABV) *Please note that the ABV of this bottle may vary
This limited-edition release from the Caribbean Kraken Rum is dedicated to Texas. Blended with natural flavors and caramel color, it's bottled at 94 proof.
Notify me when this product is back in stock.

This product is available in: GA, NV Unfortunately, we can't ship to PO Boxes and APO addresses. 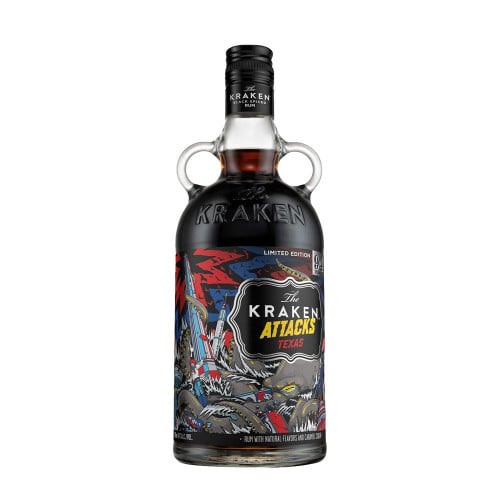 About The Kraken Attacks Texas

Released in 2021, The Kraken Attacks is a limited-edition collection of spiced rums. The Kraken Attacks Texas is described “as dark as a cloud of bats from under the Congress Ave bridge”. Blended with natural flavors and caramel color, this spiced rum is bottled at 94 proof. Sounds like Houston has a problem, since the Kraken’s tentacles have stretched all over the Lonestar state, "keeping Austin weird".

Get The Kraken Attacks Texas!