This product is available in: CT, TX Unfortunately, we can't ship to PO Boxes and APO addresses.

Size375mL Proof125 (62.5% ABV)
A chance to taste proto-whiskey, this expression is an unaged spirit that pays tribute to the distilling heritage and America's first explorers. Bottled at 125 proof, it's surprisingly smooth with fragrant corn notes.
Notify me when this product is back in stock.

This product is available in: CT, TX Unfortunately, we can't ship to PO Boxes and APO addresses. 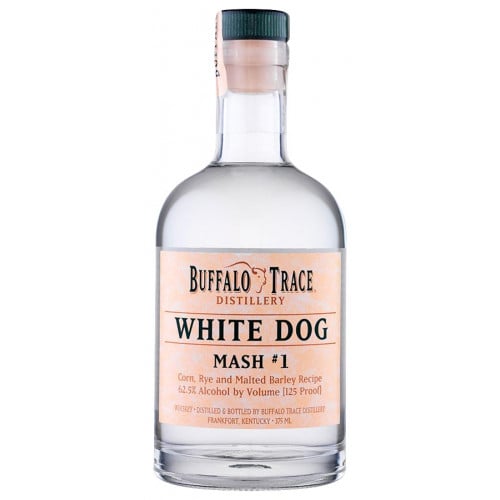 You've probably heard the term "White Dog". It was what America's first explorers used to call unaged whiskey, drunk right off the still before the liquid was found to be perfect for aging in barrels, later becoming Kentucky straight bourbon whiskey. Crafted from a high-corn mash bill, it's clear with hints of sweet corn. This moonshine's cousin pays tribute to distilling tradition and is bottled at 125 proof.

This unaged whiskey has an unapologetically brash profile with corn, salted popcorn, cereal, and floral undertones. More corn is on the palate with some sweetness, heat, and spice. Finishes surprisingly smooth, dry, and warming.