Size750mL Proof80 (40% ABV)
This is the range-topping blended Scotch expression by Buchanan's that takes its inspiration from the blend that was created by James Buchanan more than a century ago. Crafted with malts that include Islay and Highland whiskies, it has earned a Gold Medal at the San Francisco World Spirits Competition.
Notify me when this product is back in stock. 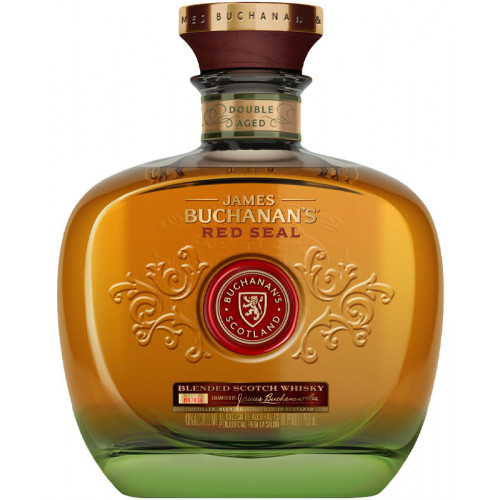 Buchanan's Red Seal sits at the top of their range of blended Scotch. Inspired by the blend that was created by James Buchanan more than a century ago, the whisky is crafted with the finest Scottish malts that include Islay and Highland whiskies aged up to 21 years. The Red Seal has earned a Gold Medal at the 2021 edition of the San Francisco World Spirits Competition.

While in London, Buchanan quickly realized that there was an untapped English demand for blended Scotch whisky and opened the doors to James Buchanan & Co. He created a whisky that could be enjoyed and shared by anyone. Today, Buchanan's company represents one of the oldest and most prestigious whisky blenders in the world (in 1898, Buchanan was given the Royal Warrant, which allowed him to supply Buchanan's Whisky to Queen Victoria and the Prince of Wales). Since 1997, it has operated under Diageo.
Explore all Buchanan's bottles >>

The nose is light and bright with orchard fruit and citrus aromas. Look for notes of apple, mandarin, nuts, as well as hints of spice and herbs on the palate. The finish is long and graceful with lingering oak, smoke, ginger, and lime.