Size750mL Proof80 (40% ABV)
This deeply complex Scotch is a masterful blend of whiskies aged for up to 15 years.
Notify me when this product is back in stock. 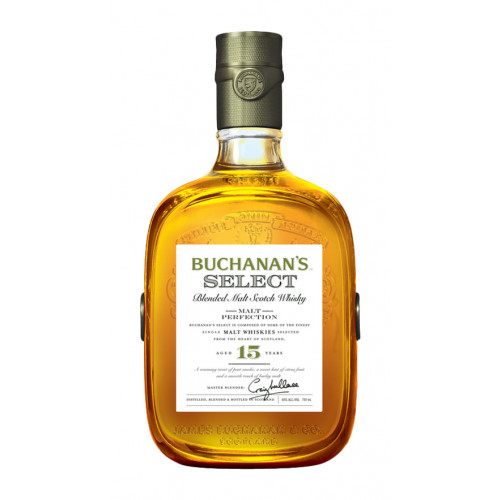 While in London, Buchanan quickly realized that there was an untapped English demand for blended Scotch whisky and opened the doors to James Buchanan & Co. Today, Buchanan's company represents one of the oldest and most prestigious whisky blenders in the world (in 1898, Buchanan was given the Royal Warrant, which allowed him to supply Buchanan's Whisky to Queen Victoria and the Prince of Wales).

Buchanan's Select is the personal creation of Craig Wallace, Buchanan's Master Blender. This whisky is an expression of his expertise and acumen, showcasing the finest craftsmanship, by choosing the most quality whiskies. Expect a twist of peat smoke, a hint of rich fruit and a touch of smooth barley malt.