Size750mL Proof119.8 (59.9% ABV)
Crafted with 100% Scottish concerto barley, this expression is Bruichladdich's nod to traditional whisky. Less experimental than other whiskies in the series, it was aged for 5 years exclusively in casks that used to hold American whiskey. 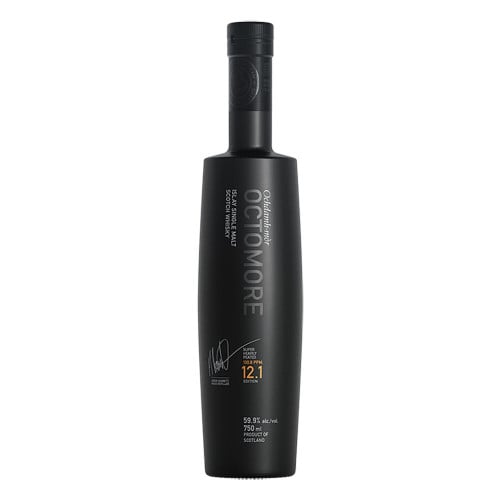 Limited to 24,000 bottles, Octomore 12.1 is the perfect example of how heavy peat notes can come together with more delicate fruity and floral ones in perfect harmony. While Bruichladdich prefers to eschew tradition, this one was aged for 5 years exclusively in casks that used to hold American whiskey. Slowly and patiently distilled in 2015 with mainland Scottish concerto barley, the expression highlights malty notes with its traditional maturation. Malted to 130.8 ppm and bottled at 119.8 proof, the vibrant and complex dram serves as a control for the rest of the Octomore lineup which takes the series into more experimental waters.

Get your bottle of this balanced yet smoky whisky today!