Size750mL Proof92 (46% ABV)
This expression features the award-winning Breckenridge Bourbon, this time finished in madeira fortified wine casks. It's a rich 92-proof whiskey with dark fruit notes and a sweetness that isn't overbearing.
Notify me when this product is back in stock. 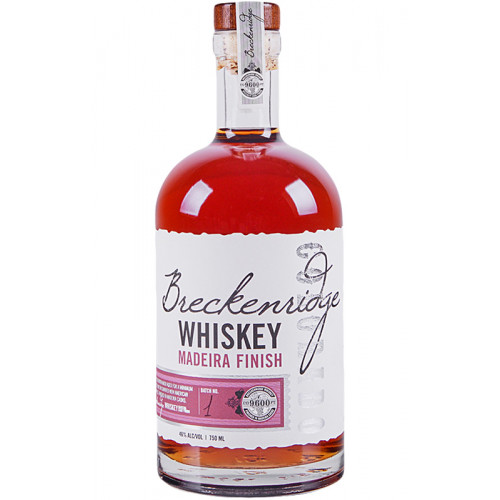 With a profound range of expressions ranging from award-winning bourbons and port cask finished whiskeys to chili flavored vodkas, and over two dozen awards, including 2 “Distillery of the Year” awards, Breckenridge is without saying a well-established player in the game. This is very impressive considering Bryan Nolt founded Breckenridge in 2007.

After distillation, their bourbon is aged at 120 proof in American white oak casks with a number 3 char for approximately three years and is then brought to proof using pure Rocky Mountain snowmelt from atop Mount Quandry, which has a 14,000-foot peak. “In Breckenridge, we have fresh snowmelt water that’s full of minerals and has its own flavor,” says Bryan Nolt, Breckenridge Distillery’s founder and CEO. “The pH is perfect and the minerals add taste to our spirits just as salt adds flavor to foods,” he says.

The taste of Breckenridge Bourbon is certainly turning heads and receiving countless awards. The unusually high rye content gives it depth and complexity. Naturally, a couple of different cask finishes followed. This one is finished in madeira fortified wine casks that add layers of rich flavors without too much sweetness, making for a deliciously complex 92-proof spirit.

It's a rich whiskey with notes of maraschino cherries, plum, smoked cherry wood, and leather. There's a pleasant sweetness throughout that isn't overpowering. The finish has hints of chocolate.