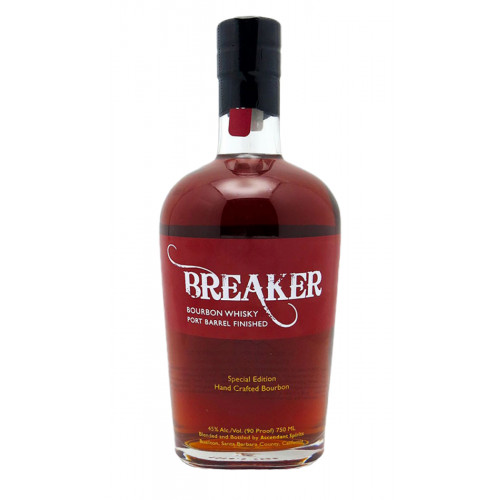 Located in the heart of California wine country and positioned between Terravant Winery on the side and Figueroa Mountain Brewery on the other, Ascendant Spirits is the first legal distillery to operate in Santa Barbara, CA since prohibition. “A few years ago, I started learning more about the craft distilling movement and realized that with the growth in the spirits market and the limited number of distilleries, there was a great opportunity,” says Steve Gertman, the distillery’s founder. German fell in love with whisky on a trip to Scotland in 1998, and finally, 15 years later, opened up the doors to Ascendant Spirits in the spring of 2013.

Named for the waves at El Capitan and other local beaches, this unique Breaker Hand Crafted Port Barrel Finished Bourbon is inspired by the winemakers of the Santa Ynez Valley and Santa Rita Hills. Being finished in the seasoned port barrels gives this bourbon a beautiful, deep rose hue, and an incredibly smooth and complex flavor profile.