Size750mL Proof130.6 (65.3% ABV)
An uncut, unfiltered, and unparalleled straight-from-the-barrel bourbon expression made by people, who coined the term "small batch".
Notify me when this product is back in stock. 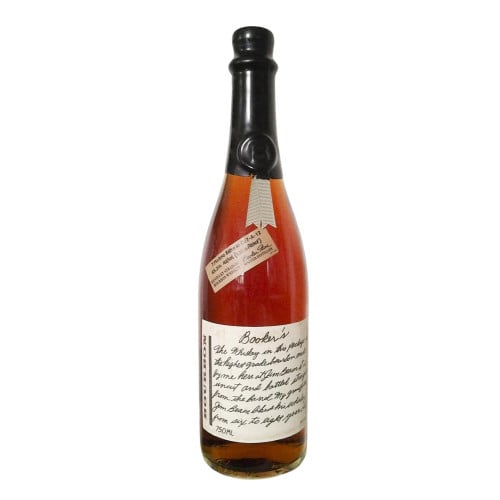 This straight-from-the-barrel bourbon is aged 6 to 8 years at the center of the rackhouse (typically the 5th and 6th floors of a 9 story aging warehouse) where the temperature and humidity create deep and intense flavors. It's then bottled at a generous 65.3% ABV with no additional water or chill-filtration, allowing all of the flavor carriers in the Bourbon to remain.

Each year sees a few batches of Booker's uncut and unfiltered bourbon released, each batch meticulously aged to perfection ― it's ready when it's ready. All unapologetically unique, bold, and the perfect mixture of art, science, and Mother Nature’s magic.

Dark amber to ruby red color opens up to strong notes of toasted walnuts, burnt sugar, vanilla and a touch of smoke.