Size750mL Proof127.3 (63.65% ABV)
This cask strength whiskey is the third and final 2020 release of Booker's uncut and unfiltered bourbons. Bottled at 127.3 proof, it's a big, bold, and complex expression that pays tribute to American football.
Notify me when this product is back in stock. 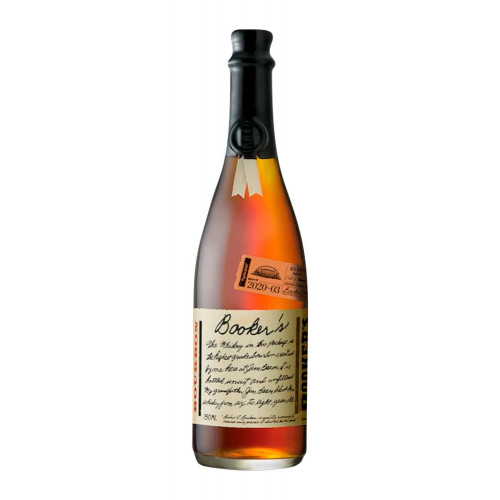 Each year sees a few batches of Booker's uncut and unfiltered bourbon released, each batch meticulously aged to perfection ― it's ready when it's ready. Pigskin Batch is the third and final of these for the year 2020. Crafted with barrels from 2 production dates that were aged at 5 different rickhouse locations, it's a complex, big, and bold whiskey with cinnamon and vanilla notes, characteristic of Booker's. Aged 6 years and 7 months in new American oak and bottled at 127.3 proof, it's a tribute to American football. Booker Noe was an avid football fan as well as a tackle and kicker during his high school days. Football became a family affair, during the holiday season as well as during the dad and son time spent with his son Fred, either kicking and throwing the football around or watching games on the TV.