Booker's Off Your Rocker Bourbon

Size750mL Proof129.7 (64.85% ABV)
Aged at center cut, this fifth release from the Booker’s Roundtable is a homage to the notorious Booker Noe’s fondness of his rocking chair. This raw un-cut bourbon is bottle at a severe 129.7 Proof, one of the highest ever recorded.
Notify me when this product is back in stock. 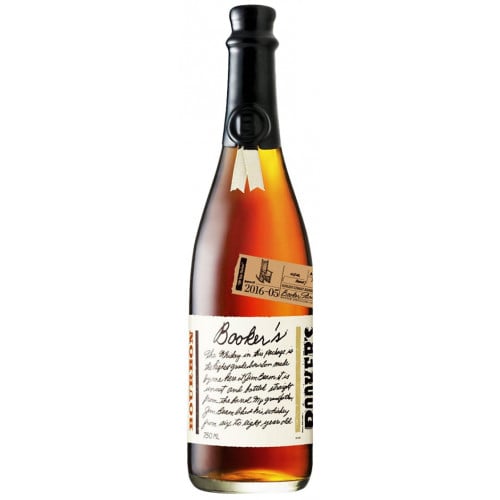 About Booker's Off Your Rocker Bourbon

Booker Noe was a sixth-generation Master Distiller, raised at a distillery in the middle of Kentucky. Booker was born with Bourbon in his blood. At 21 years old, he was finally able to start his passion of distilling.

In 1992, he gave the world to small batch bourbon, actually coining the term “small batch.” With this signature style of bourbon, Booker’s True Barrel Bourbon was born. Inspired by the traditions of 200-years ago.

With the highest alcohol content of the brands of Jim Beam, the “Small Batch Bourbon Collection” is a range of cask strength, non chill filtered solid bourbons, un-cut and unadulterated, they are bottled between 121 and 130.6 proof.

The brand introduced bourbons hand selected by the late Booker Noe himself, who originally bottled his raw uncut bourbons for friends and family.

“Booker Noe was a big man — with a big personality to match — and he always said that he was most comfortable in his rocking chair. When he wasn’t working, you could often find him rocking away at the distillery or at home on his front porch, a glass of Booker’s® Bourbon in hand. Of course, Booker’s friends and family were known to tell him he was “off his rocker” every now and again too, as Booker was always cracking jokes, speaking his mind and surprising people. If you visit the distillery today, you’ll find a statue of Booker in his rocking chair overlooking the rack houses with his beloved dog, Dot, by his side.” — Fred Noe, Beam Family’s 7th Generation Master Distiller

Aged at center cut, this fifth release from the 'Booker’s Roundtable' is an homage to the notorious Booker Noe’s fondness of his rocking chair. With a mashbill of 77% corn, 13% rye, 10% malted barley, it is aged for six years, seven months, and 23 days. This raw un-cut cask-strength bourbon is bottled at a staggering 129.7 proof, making it one of the highest ABV’s ever recorded. Also known as Batch “2016-05,” this bourbon packs heat, but it doesn’t overshadow the spirit’s rich, sweet and spicy character.

Get your bottle of this un-cut Booker’s today!

On the nose are rich notes of oak, brown sugar, caramel, vanilla, dark fruit, roasted peanuts, with a subtle herbal and alkaline notes. On the palate are flavors of oak, pepper, caramel, cocoa, vanilla and spice. The finish is long and rich, with defined sweet layers of vanilla, oak, spice and dried dark fruit.